Godspeed arrives in New York? on it's way to the South Street Seaport as part of an 18-month celebration commemorating America?s 400th Anniversary. The 17th-century replica ship is conducting an 80-day tour of six East Coast cities this summer to bring the story of the journey that changed the world and the nation?s birthplace - Jamestown, VA - to millions of Americans. The tour brings history to life and commemorates 400 years of democracy, free enterprise and cultural diversity. Robert Caplin For The New York Times 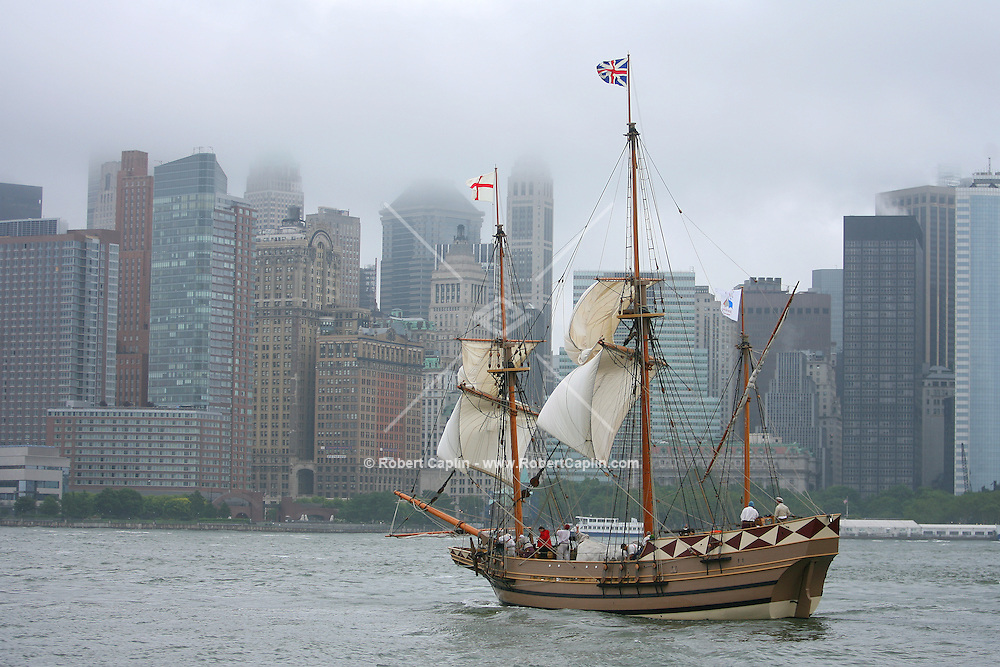