Joseph Robert "Bob" Kerrey stops at Jack's Coffee in Greenwich Village in New York. Kerry was the 35th Governor of Nebraska from 1983 to 1987 and a U.S. Senator from Nebraska (1989-2001). Having served in the Vietnam War, earning the Medal of Honor for his actions, he moved into politics. He was an unsuccessful candidate for the Democratic presidential nomination in 1992. Since leaving the Senate he has served as president of The New School and served on the 9/11 commission. 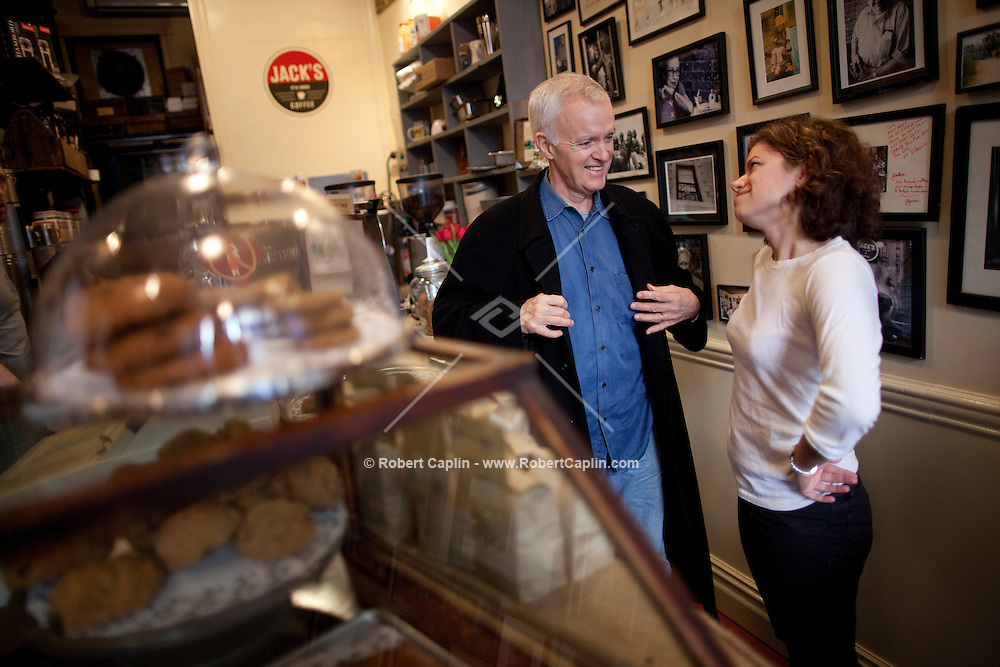