Joesph Paccione and his family pose for a portrait in New York on Avenue of the Americas. ..For a story about one small hopeful employment sign in this economy is the growth of temporary workers-- the classic economic harbinger of economic job improvement - and how baby boomers appear to be leading that temporary worker job growth. The stereotype of baby boomers is they got spoiled by all those years of prosperity and would not be able to cope with hard recession times. .But it looks like they're actually proving tougher than other age groups. The 45 and older age group in the work force is the only one where workers haven't given up job hunting, according to fed stats. The theory from the feds and other economists I interviewed is that boomers have no choice, they have to keep looking and taking worse jobs because they have kids to support, mortgages and bills to make. .Joseph Paccione, 55, IT specialist, employed 30 years by two companies; out of work the last year. And then had a temporary job in computers for 7 weeks, which he just finished and he's at home again unemployed with no health insurance. His wife works part-time at home, he has a daughter with a masters degree who's working part-time and living home and a son with a bachelors who's a freelance videographer and a third son who's going to college and living at home-- so all 5 members are home...(Photo by Robert Caplin).. 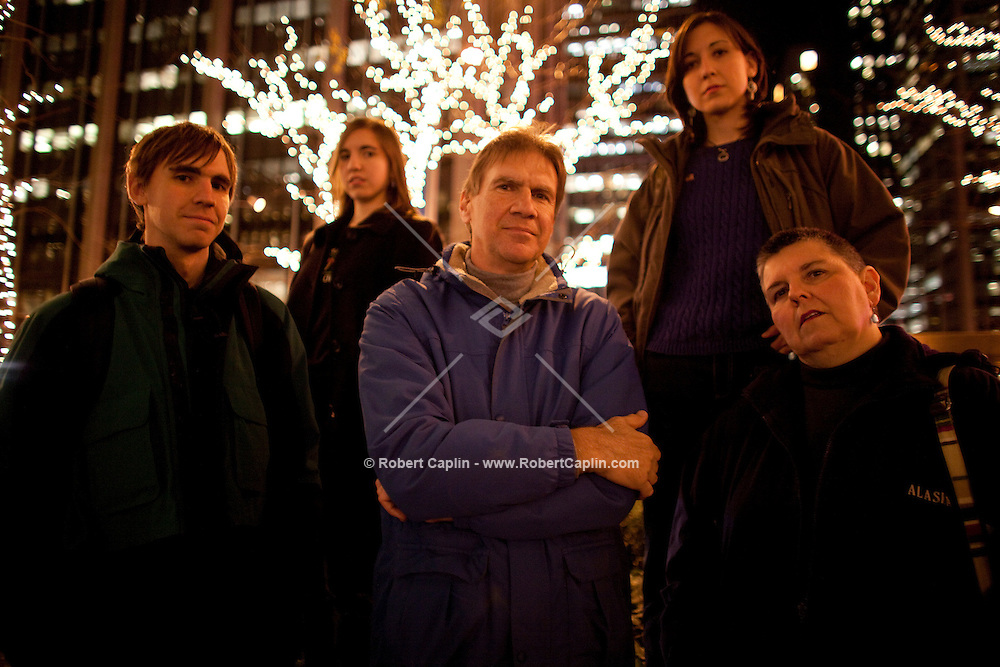